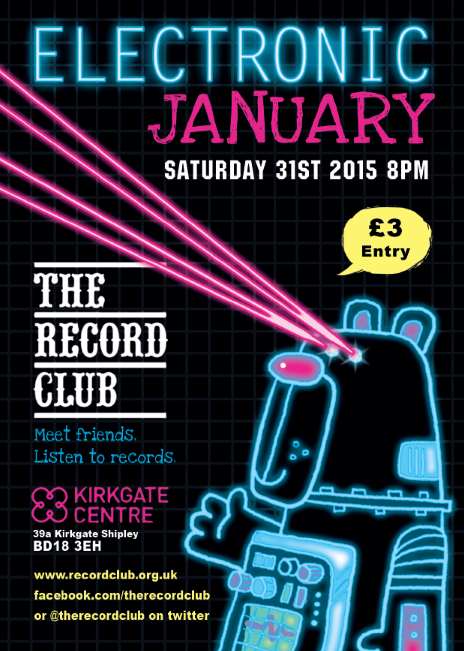 Saturday, January 31, 2015 – 20:00 – 23:30
Andy has agreed to host the first event of 2015 and his (self imposed) brief was “no guitars”. Have a look at the list below to see how well he has stuck to it! The first two albums of the night are Andy’s choices and they are…
He would like you to vote for the third album from a pretty lengthy list. We’ve already had votes from those who attended the Christmas Night but if you didn’t manage to exercise your democratic right then now is your chance:
Get voting!!
As usual there will be opportunities to play records which you bring along and to have the honour of appearing on the Free Play Blackboard! Just remember, this is Electronic January, so no guitars!
We start at 8pm on Saturday 31st January at the Kirkgate Centre. See you there!
Where: