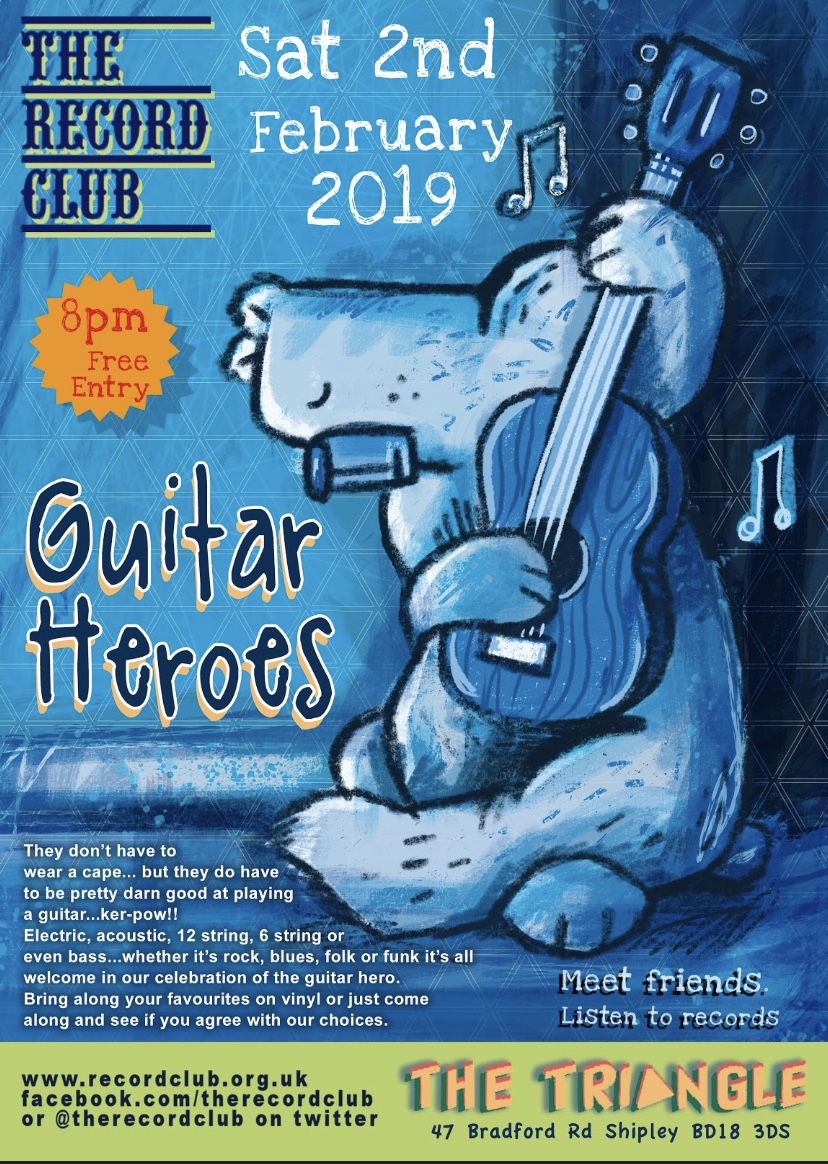 Elvis was the guitar man, Ziggy played guitar, Bryan Adams got his first real six string at the five and dime, Bob Marley was jamming and Joan Jett loved her rock n roll…

This month we celebrate all that is great and good about the guitar and the heroes who provide their unforgettable sound. Six string or twelve (or maybe just four), from blues and acoustic, to rock, jazz and jangly pop – our night of guitar greats promises to be full of unforgettable riffs, rhythms and solos.

Noel is taking charge of this one. The evening will include a side each from two featured albums – Eric Clapton’s ‘Me and Mr Johnson’ (his tribute to the legendary guitarist Robert Johnson) and Joanne Shaw Taylor’s 2016 album ‘Wild’. Joanne is a British blues guitarist who has just been signed by Sony.

Each album will be followed by a short session of linked guitar based tracks. And of course there’ll be plenty of time in between for you to share your favourite guitar-based tunes on vinyl.

We crack on from 8pm upstairs at the Triangle, while downstairs you’ll find a cash/card bar stocking the finest selection of drinks known to mankind.